Deloitte analysis reveals the cost of poor mental health to UK employers is up 16% since 2016 - now up to £45 billion a year.

New analysis by Deloitte, published today, finds that poor mental health costs UK employers up to £45 billion each year. This is a rise of 16% since 2016 – an extra £6 billion a year.

The research also looks at how employers can tackle this problem, finding that it pays to support employees’ mental health. On average, for every £1 spent on supporting their people’s mental health, employers get £5 back on their investment in reduced presenteeism, absenteeism and staff turnover.

Analysis from ‘Mental health and employers: the case for refreshing investment’ also looks at how employers can tackle this problem. It shows that higher return on investment can be achieved by early interventions, such as organisation-wide culture change and education, than more in-depth support that may be needed at a later stage when a person is struggling. 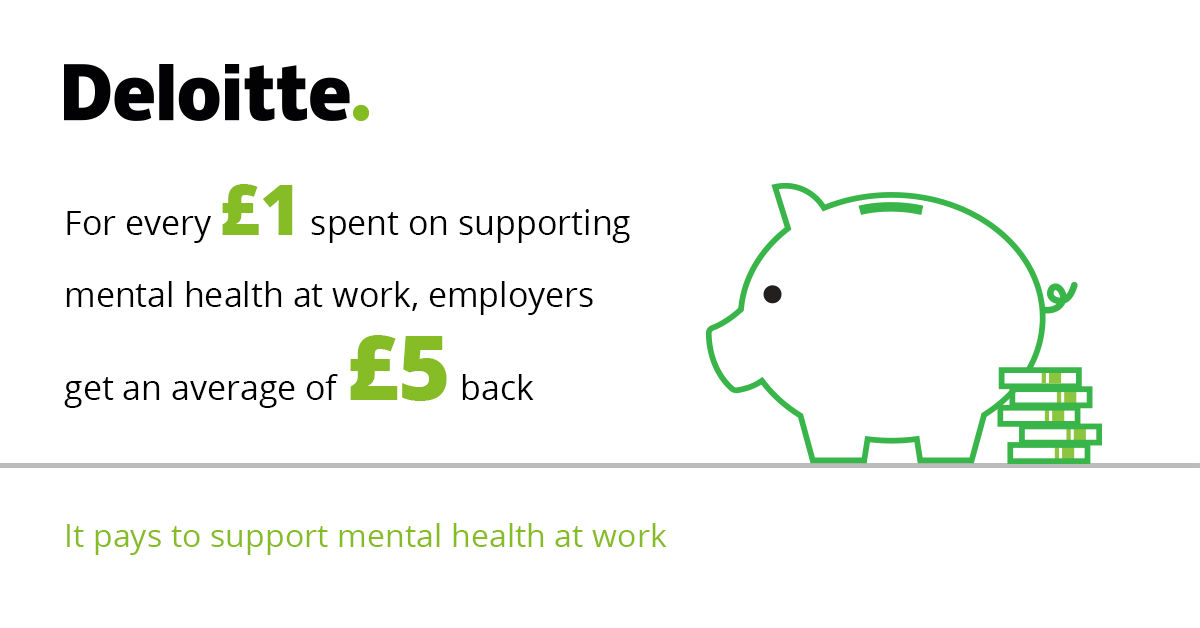 “As our ways of working evolve, so do expectations of employers about how we should support our people.

“This analysis shows very clearly that it pays for employers to provide mental health support at work and that early intervention is vital, for those experiencing poor mental health and employers alike.”

The latest research builds on work conducted by Deloitte in 2017 for the Stevenson-Farmer Review on workplace mental health, which calculated that poor mental health cost UK employers £33-42 billion a year.

Since then, Deloitte has found that there have been positive changes in workplaces, including greater openness in discussing mental health at work in larger employers in particular and more provision of support overall.

However, research also finds that despite this progress, costs continue to climb.  This can be attributed largely to a significant rise in mental-health-related ‘presenteeism’, where employees work when they are not at their most productive.  Mental-health related absenteeism and staff turnover have also contributed to the costs overall.

The analysis describes a complex picture, in which more people with poor mental health are continuing to work when they are not at their most productive, rather than take time off, highlighting leaveism and presenteeism as characteristics of an ‘always-on’ culture, enabled by technology. 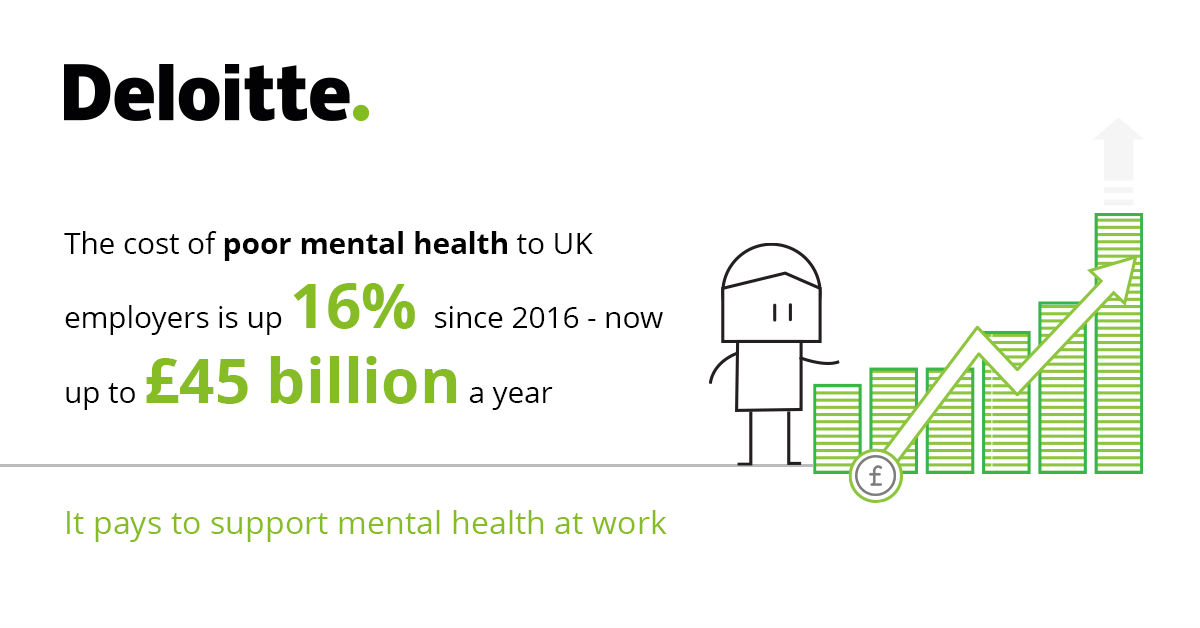 “Understanding more about the relationship between mental health and work is in all of our interests.

“Our research finds that, while an increased use of technology can enhance working practices, having the ability to work outside of normal working hours can add to the challenge of maintaining good mental health, and make it hard for some to disconnect from an ‘always-on’ culture.

“The costs of this are significant, for those with poor mental health and for UK employers, and we hope this analysis can help both.”

Young people – the most vulnerable demographic in the workplace

The report also highlights recent studies which find higher prevalence of mental health problems among younger people, who emerge as the most vulnerable demographic in the workplace to poor mental health.

It finds that employers lose the equivalent of 8.3% of the salaries of those aged 18-29 as a result of poor mental health – the highest of any employee age group. Young people are also less likely to disclose mental health problems to employers and more likely to use their holiday instead of taking days off work.

“Smart, forward-thinking employers are investing in staff wellbeing, and those who do tend to save money in the long run. This report shows the link between prioritising staff wellbeing and improved loyalty and productivity; and decreased sickness absence and resignations. However it also shows a rise in ‘presenteeism’ – unwell staff spending unproductive hours at work rather than taking time off.

“As presenteeism costs three times more than sick leave, we need to look at supporting employers to change the culture so their staff feel able to take time off when they are unwell. The Government must also play their part by improving the definition of disability under the Equality Act, so more people with mental health problems can benefit from its rights and protections, as well as increasing the amount of Statutory Sick Pay (SSP) staff receive when they’re off sick. Employers can access resources to help prevent poor mental health and promote wellbeing through the Mental Health at Work Commitment.”

To see more of the effect that mental health has upon our workforce, click here.

Natasha Wallace: Getting conscious - what does it mean?